One of the case studies in the The Slow Design Principles (PDF), by slowLab's Carolyn Strauss and Alistair Fuad-Luke, involves the mapping of knowledge about an area in unique ways by local people to facilitate awareness of local resources and local identity:


With its project series, ‘Slow Ways of Knowing,’ the design collective slowLab has developed an urban design tool to capture local knowledge and elicit public contributions to urban planning debates in their localities.  Through empirical observation, sensory awareness and intuitive imagining, people are invited to connect with the histories and patterns that a given site reveals. To capture local knowledge and public imaginings about the evolving identity of the neighborhood or surrounding area, they are encouraged to annotate local area maps with their thoughts, memories, sensations, fantasies, drawings, and design gestures. By thus revealing unseen or forgotten aspects of those places, generating awareness and participation, the projects remind people of their own part in and responsibility to the life of their localities, and are encouraged into ongoing creative investigations. (slowLab, 2006-present)

As a volunteer for eco-awareness collective Edmontonians Supporting A Green Economy, this idea has intrigued me for awhile, and I've wondered how it could be used in a practical way to faciliate environmental awareness or other activist uses in an urban location. For example, could a process like this be used to identify guerrilla gardening sites, or locations of fruit trees harvested by groups like OFRE? Could it be used by a built-heritage-preservation group to create a self-directed walking tour of local architecture and historic homes? Could this process be used by community groups in mature core neighborhoods where activism and revitalization are needed  to map what makes their areas special so unique sites and qualities will be preserved? As it happens, there are some great projects out there where people have done exactly that, although they haven't always used the term "slow design" in doing it.
A group in Tokyo created a low-tech crowd-sourced map of urban gardens and put it online, and one of the originators of that project (Chris Berthelsen of A Small Lab) is also doing similar work he calls the Kokonohanashi  project (the word translates from Japanese as "talking about here"). He summarizes the goal of the project:

How can we construct low-cost, agile, fine-grained (and also scalable) ways -

(1) for people to begin to discuss and interact with the spaces they use, and the

other people that use them?

(2) to record, share, the living histories of places (memories, experiences,

The crowd-sourced maps generated during crises like the recent Australian floods are an example of how web-based applications can be used to rapidly create a map based on a particular need or interest. Crowd-sourced cycling maps like that at bikemap.net are another great example of web-based slow mapping.

Closer to home, citizens of the Halifax Metropolitan Region in Nova Scotia helped blogger Waye Mason create a map of neighborhood names (which only exist informally in many older North American communities, unlike in Edmonton where the Federation of Community Leagues have formalized and mapped the naming of neighborhoods since practically the founding of the city). That project was, in turn, inspired by a similar project for the Toronto Star website compiled from public data and crowd-sourced input by data journalist Patrick Cain, whose website is an eye-opening tour of what is possible in creating maps from different kinds of information. Such collaborative neighborhood maps seem like a good first step toward creating even more information-rich slow mapping projects to capture the unique local identities of those cities.

So, how would YOU like to see slow, collaborative mapping techniques be used in a practical way in your community?
Posted by Deborah at 8:51 PM 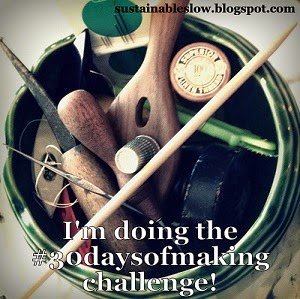